Do you love coffee but have a low tolerance to caffeine? The new standard in decaffeinated coffee beans keeps all the flavour, with none of the after taste. We buy and roast coffee which has been decaffeinated using the Swiss Water Process. The Swiss Water Process is a totally chemical free method of removing caffeine from the coffee.  It relies on caffeines solubility and osmosis to remove caffeine from the green coffee beans we buy and roast.

How Is THE coffee decaffeinated?

To begin the process, normal green beans are soaked in hot water to dissolve the caffeine.  This process also dissolves other components in the bean which create coffees amazing flavour and aroma such as sugars.  So how is the good stuff in coffee kept without the caffeine?  The water solution is next passed through a very fine charcoal filter.  Caffeine is a large molecule and gets trapped in the filter while the sugars, oils and other flavour components pass through.  This creates a solution called Green Coffee Extract.

The Green Coffee Extract solution is now used to soak the next batch of green beans.  As the solution already contains the flavour components of the green coffee, these substances won’t dissolve from the new coffee beans, so only the caffeine is removed.  This is a continuous batch process that takes 8-10 hours but removes 99.9% of the caffeine while maintaining all the flavour of the coffee.  Magic!

Does decaf coffee Use nasty chemicals?

No.  The Swiss Water Process is a natural process and chemical free.

No.  Decaf coffee will taste identical to the underlying coffee before the caffeine was removed.  We have roasted and cupped a number of samples of the original coffee and decaffeinated version and they are indistinguishable from each other.

How much caffeine is there in decaf coffee?

The Swiss Water Process removes 99.9% of the caffeine.  So in a standard 12oz cup of coffee which may contain anything between 120-160mg of caffeine, the decaf version would contain less that 2mg

Is decaf coffee good for you?

All coffees contain a high level of antioxidants.  These are not lost during the decaffeination process. 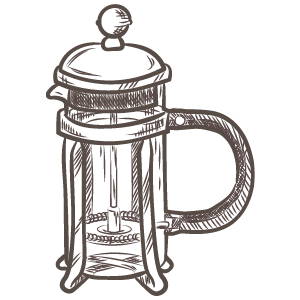 We only roast and sell decaf coffee that has been decaffeinated using the Swiss Water process.
This method involves absolutely no chemicals in the decaffeination process,
relying exclusively upon caffeine’s inherent solubility
and the power of osmosis to remove caffeine directly
from the green beans that we buy and roast.

Use this popup to embed a mailing list sign up form. Alternatively use it as a simple call to action with a link to a product or a page.

By clicking enter you are verifying that you are old enough to consume alcohol.

Your cart is currently empty.